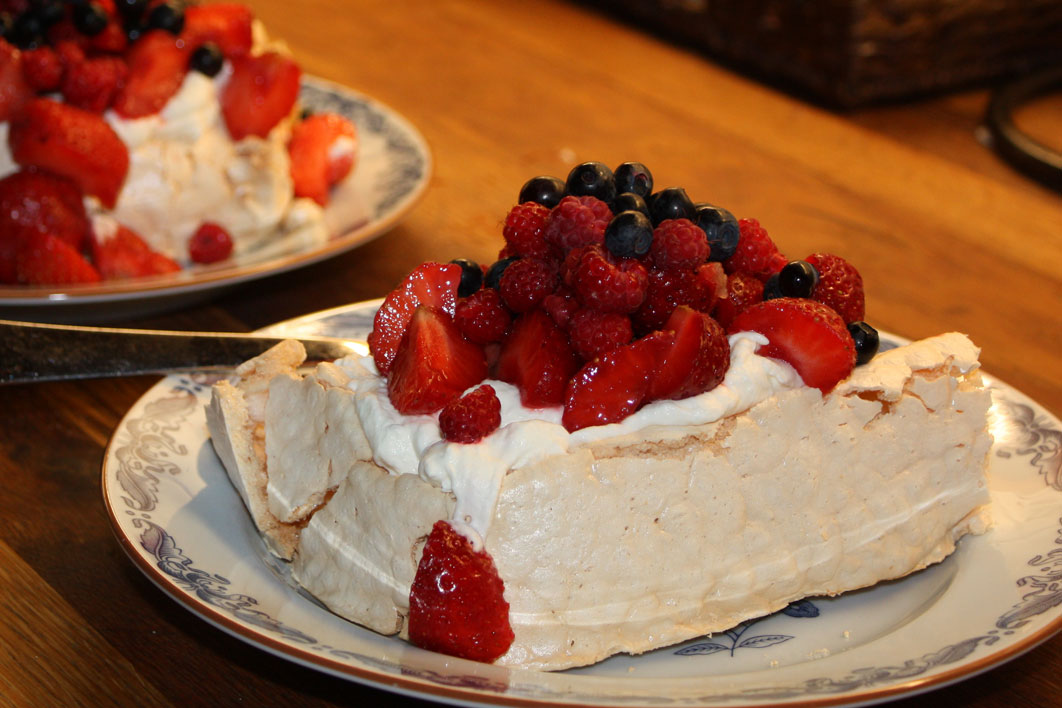 Pavlova is a meringue-based dessert named after the Russian ballet dancer Anna Pavlova. It is a meringue dessert with a crisp crust and soft, light inside. The dessert is believed to have been created in honour of the dancer either during or after one of her tours to Australia and New Zealand in the 1920s. The nationality of its creator has been a source of argument between the two nations for many years, but formal research indicates New Zealand as the source. 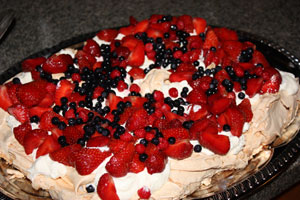 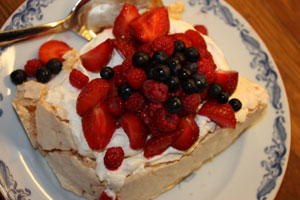 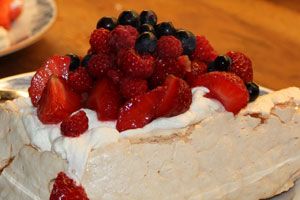 The dessert is a popular dish and an important part of the national cuisine of both countries, and with its simple recipe, is frequently served during celebratory and holiday meals. It is a dessert most identified with the summer time, but is eaten all year round in many Australian and New Zealand homes. Pavlovas can be topped with many fruits can be used here we are using wortle berries, strawberries & raspberries.

1. Heat oven to 150C/130C fan/gas 2. Using a pencil, mark out the circumference of a dinner plate on baking parchment. Whisk the egg whites with a hand mixer until they form stiff peaks, then whisk in the sugar, 1 tbsp at a time, until the meringue looks glossy. Whisk in the vinegar, cornflour and vanilla.

2. Spread the meringue inside the circle, creating a crater by making the sides a little higher than the middle. Bake for 1 hr, then turn off the heat and let the Pavlova cool completely inside the oven.

3. When the meringue is cool, chop 100g of the strawberries. Mix them with half the redcurrants and 2 tbsp icing sugar. Place in a food processor, blitz until smooth, then push the fruit mixture through a sieve. Whip the cream with the remaining icing sugar and spread it over the meringue. Put the remaining fruit on the cream and finally pour the sauce over the whole lot.